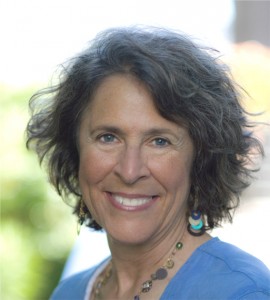 Teacher, Trainer and Workshop Leader of Attitude Reconstruction and Communication

Author of Attitude Reconstruction: A Blueprint for Building a Better Life

CREDENTIALS:
Licensed Marriage and Family Therapist #16751 by the State of California, February 1982.

ORGANIZATIONS:
Member of CAMFT, California Association Of Marriage and Family Therapists, 1982 to present. #485.

Member of SBCAMFT, The Santa Barbara Chapter of the California Association of Marriage and Family Therapists, 1982 ongoing.

Member of AWC, Association of Women in Communications, 2012.

TEACHING POSITIONS:
Instructor at Santa Barbara City College Adult Education. 1993 to present. Teaching six to eight week classes and one-day classes in “How to Rewire Your Thinking” “Five Tools to change your Attitude,” and “How to Communicate Simply, Lovingly, and Effectively.”

Advisor to students enrolled in B.A. and M.A. Programs and interns in the process of becoming licensed Marriage and Family Therapists. 1984 to ongoing.

Presenter at the Annual Conference of Association of Humanistic Psychology, Evergreen, Washington, Aug. 1991.

Jude Bijou is a licensed marriage and family therapist (MFT), an educator in Santa Barbara, California and the author of multi-gold awarded, Attitude Reconstruction: A Blueprint for Building a Better Life (Riviera Press, 2011).

As the daughter of a famous pioneer in the field of behavioral child psychology and applied behavior analysis, Jude’s upbringing sounds like it would be pretty cool. There was just one problem: she was miserable.

Earning a BA in psychology from Reed College and a master’s in psychology from Carleton University, she became a marriage and family therapist. Success was attained, yet something was still missing. Looking eastward, she immersed herself in the world of meditation and Vedic philosophy. The result: an integrated, truly holistic approach to viewing ourselves and our relationships with others. Her award-winning system, Attitude Reconstruction was birthed into the world.

In 1982, Jude launched a private psychotherapy practice and started working with individuals, couples, and groups. She also began teaching communication courses through Santa Barbara City College Adult Education. Word spread about the success of Attitude Reconstruction, and it wasn’t long before Jude became a sought-after workshop and seminar leader, teaching her approach to organizations and groups.

The culmination of Jude’s groundbreaking work can now be found in Attitude Reconstruction: A Blueprint for Building a Better Life. These simple principles have impacted countless clients, seminar participants, and students. And Jude promises this: if we can learn to harness the tools we’re intrinsically born with, creating a life full of joy, love, and peace is truly possible, right here, right now.

Popups Powered By : XYZScripts.com
We invite you to take our short survey.