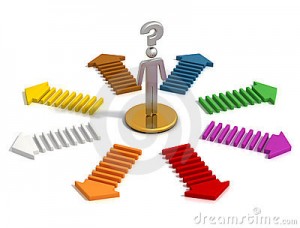 Nancy came into her session on overload. She was really freaked out. Outwardly she was performing her job and going through the motions in her personal life, but inwardly she was close to the edge. Those darn things shouldn’t be happening; she shouldn’t feel so many emotions, the pain, the loss of control. They were so strong, so intense that she had started to eat like crazy, something she hadn’t done in months and months. The pile of pizza boxes was an indisputable sign that things had started getting out of control and Nancy was wise enough to send me a SOS.

Nancy had finally given notice at her stressful accounting job. She was excited to travel the Caribbean with her boyfriend for the winter. But now things were developing, and she wasn’t so sure she wanted to be so isolated and on a boat far away with her rollercoaster guy. And the boss (who hadn’t found a replacement half as competent as she was) now was asking her to reconsider, having finally made some of the changes she’d been suggesting for so long.

So Afraid that She Would Make the Wrong Decision

Nancy needed to honor her emotions before she could think clearly and decide what she wanted to do. She was feeling anger because things had finally been settled and had felt so right. But Nancy was also feeling fear. She was afraid she would make the wrong decision. Afraid she couldn’t decide.

How She Turned Indecision Into Confident Empowerment

After describing her dilemma, Nancy stood up and shivered for a good minute, all throughout her body, like a dog at the vet’s office. Then she pounded on a pile of old telephone books with a flexible plastic hose with abandon. When she was exhausted, Nancy sat back down on the couch and talked for a couple of minutes. Then she got up and shivered again, followed by more pounding, using both arms and few words. Nancy repeated this routine two more times, and then ended her emoting phase with a last dose of shivering.

As her body was recuperating from all the energy she had expended, Nancy spontaneously said the following, which I wrote down: I’ll figure this out in its time. It will all be okay. It’s not the end of the world.

She was smiling and calm. Nancy was then able to think more clearly about what to do and make an action plan. Her plan was to put the decision temporarily on the shelf and enjoy the weekend. She was confident that she could and would make the right choice if she continued to talk with her boss, her boyfriend, and her heart until she indisputably knew what she truly wanted to do.