Siblings, Divorce, and the Effective Way to Resolve Conflict 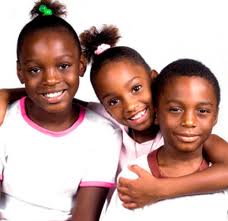 If you had siblings growing up, you might be luckier in love. Or at least in marriage, anyway.

Here’s an interesting study I came across recently reported in the Los Angeles Times.

Three sociologists from Ohio State University, Donna Bobbitt-Zeher, Douglas Bowney, and Joseph Merry, conducted a study looking at the relationship between the number of siblings you had and whether you had married or divorced. They found people with more than two siblings were more likely to marry and stay married that people with less or no siblings.

Among other things, they hypothesize that growing up in a big family gives people practice is accepting people’s differences. And rarely having the house to oneself makes the idea of being alone not very appealing.

They surveyed 57000 adults in the United States between 1972 and 2012 and found that 80% of them had married during that period, and 36% had been through a divorce. Adults who were the ‘only child’ were less likely to marry and more likely to divorce.

They found that among those who married, each sibling brought a two percent decrease in the possibility of getting a divorce. However, the probability of divorce leveled off at seven siblings!

Fascinating as this data is, I’m not sure preventing divorce is a reason for parents to have a lot of children. I’d suggest that regardless of the number of children in the family, parents are well advised to model and teach their offspring good communication skills. In my years as a marriage and family therapist, poor communication about resolving difference is the main reason people seem to throw in the towel.

According to Attitude Reconstruction, there is a simple two-step process to resolve any size conflict. Step One is to have each person talk about what is true for them about them about one specific topic while the other person or persons just listen to understand. No interrupting, correcting, or eye-rolling. The idea in Step One is to really get an idea why the other person feels and thinks the way they do. Each person gets a chance to speak (usually in two minute blocks) and listen until all feel truly understood. Don’t give up or give in until you do.

Then in Step Two, you no longer bring up rational for why your way is best, but TOGTHER find the best solution that honors both (or all) parties. Again, collaborate and don’t cave in. Each person’s viewpoints and needs are equally important and true. So persist until you find a win-win.

Then celebrate, and move on. Maybe to another specific topic and maybe to just enjoying the present!

This entry was posted in jude's blog and tagged Attitude Reconstruction, conflict resolution, divorce, resolving differences, Siblings. Bookmark the permalink.
Popups Powered By : XYZScripts.com
We invite you to take our short survey.