Women Still Ride in the Back of the Bus 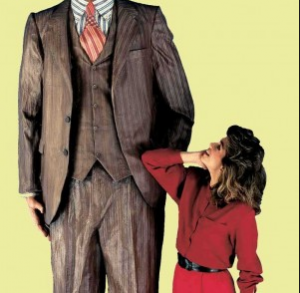 I read an intriguing article by Ruth Franklin in the New Republic in February of this year that surveyed the number of books published and reviewed in the recent past. I was surprised to read the stats. Surprise. Surprise. It confirms my limited observations of the publishing world. According to Ms. Franklin:

At Harpers there were 27 men book reviewers and 6 women. 69% of the books reviewed were written by men.

The New York Review of Books were reviewed by men 84%. 83% of the books they reviewed were written by men.

The New Republic had 79% men reviewers. 85% of the books they reviewed were authored by men.

Even the smaller publishing houses were male dominated. An imprint of Penguin – Riverhead — had the closest equality, 55% of the books offered were by men and 45% by women. Random House had 63% male authors and 37% females. Norton, Little Brown, and Harper had about 70% male authors and 30% women authors. Knoft had 23% women authors. And Harvard University Press published book by women only 15% of the time. Oh my!!

Switch scenes – In July 2013 in the Los Angeles Times I read a parallel article (written by a male art critic, Christopher Knight) about the percentage of solo exhibitions given to men versus women at the MOCA (Museum of Contemporary Art), LACMA (Los Angeles Count Museum of Art), and the Getty Museum. Between January 2008 and December 2012 of the 68 solo shows. 53 were by men and 15 by women. And at the Getty between 2008 and the end of 2012, 83% of the solo photography shows were by men.

There was a bright spot, however. Mr. Knight found the Hammer Museum, associated with UCLA, had a 50-50% male/female ratio of shows for the same five years. He points out that of these four Los Angeles museums, only the Hammer Museum has a women director.

The good news? Statistics show that there are more female doctors, lawyers, psychologists, and marriage and family therapists than ever before. And while the number of women in Congress is on the rise, it’s like corporate America. We still have a while to go before we can restore balance and bring heart as well as brain to center stage.

This makes me give even more kudos to Sheryl Sandberg, COO of Facebook and author of Lean In, for visibly encouraging women to lace up and continue to break new grounds. And kudos to Attitude Reconstruction which offers everyone the skills and tools to deal with your emotions and change any bad attitude to create more joy, love, and peace.

This entry was posted in jude's blog and tagged Attitude Reconstruction, equality, women. Bookmark the permalink.
Popups Powered By : XYZScripts.com
We invite you to take our short survey.