From Doom and Gloom to Joy, Love, and Peace 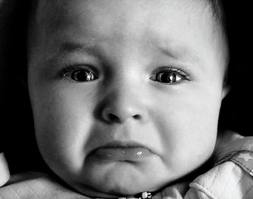 Over the last years, every now and again I would lament to a friend or anyone who’d listen, that things are really getting funky on the planet and that I wondered about the dire consequences of what we’re leaving for the future.

Then a while back I heard on NPR that literally every generation felt the same way! The good old days were always perceived as sweet and good and what was coming down the pike was worthy of a headshake or two. That news stopped me in my tracks. After some googling, I found a Forbes article confirming many people throughout history proclaimed the same doom-and-gloom message. I found that:

George Orwell, author of 1984, said “Every generation imagines itself to be more intelligent than the one that went before it, and wiser than the one that comes after it.” Margaret Blanchard, a journalist, said “Each generation’s adults … become convinced that the dangers facing the new generation are much more substantial than the ones they faced as children.”

The poet T. S. Eliot said, “We can assert with some confidence that our own period is one of decline; that the standards of culture are lower than they were fifty years ago; and that the evidences of this decline are visible in every department of human activity.”

This isn’t to discount the seemingly rampant decay of western society with a blatant glorification of wealth and power; grandiose denial of the health ramifications of obesity; denial of global warming and depleting our natural resources; dependence on prescription and nonprescription drugs to help us cope; emphasis on entertainment filled with gore, violence, killing, and vampires; and preoccupation with social media, games, and sitting in front of the computer screen.

But I realized that every generation seems to hold dear to what they know and equally feels pessimistic about the future. I had a divine shift. Yes, we’ll lose some things but the mess we’ve created with this me-me-me and now-now-now thinking is countered by all the future adults who will take challenges on with new tools, techniques, and passion.

As so beautifully put by John Palfrey and Urs Gasser, authors of Born Digital, “What elders need to understand is that the traditional values and common sense that have served them well in the past will be relevant in this new world, too.”

It was my fear that made all the obstacles seem insurmountable. It’s scary to look, see the changes, and face the unknown. But there’s also been a lot of progress over the last decades, and I choose to focus on that.

I feel better. I will do my best not to contribute to what won’t serve our future, and focus on spreading Attitude Reconstruction and more joy, love, and peace.The moral of the story is to keep focusing on the positive and interrupt those less than uplifting thoughts. Over and over.

Are you willing to give up your doom-and-gloom attitude?

This entry was posted in jude's blog and tagged Attitude Reconstruction, doom and gloom, Jude Bijou, peace love & joy. Bookmark the permalink.
Popups Powered By : XYZScripts.com
We invite you to take our short survey.