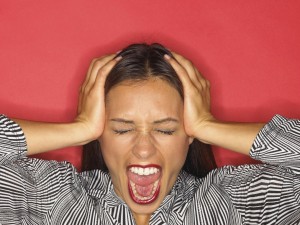 We have all heard (and intuitively known) that expressing anger destructively never solves anything. It only creates more anger.

Finally research is confirming what Attitude Reconstruction has said for years: expressing anger by communicating constructively is beneficial. I have long contended that addressing anger increases the amount of love we experience. It allows us to be more accepting, less judgmental, less selfish, and more able to consult inner knowing to take and then actualize decisions.

We can neutralize anger with any of our five tools. On an emotional level, we dissolve our anger by expressing it physically, naturally, and constructively by pounding, hitting, stomping, or yelling in a safe place. On a mental level, we decrease our anger by making our thoughts more positive. On a heart level, if we look within for guidance rather than react to what others think or want, we’ll feel less anger and more loving. On a verbal level, if we obey the Attitude Reconstruction Four Rules of Communication, we’ll increase connection and understanding. And on a behavioral level, by doing things as gestures of giving without selfish motives, we increase feelings of love.

Dr. Stephanie Rude of the Department of Education Psychology at the University of Texas conducted a study to determine how constructively communicating anger verses direct anger and hostility influenced symptoms of depression. She measured the amount of criticism, aggression, and derogatory comments and nonverbal expressions by “condescending or shaming tone of voice, sneers, smirks, eye rolling, and other hostile body language.”

Using women with a history of depression as subjects, she and her team evaluated the levels of anger their subjects communicated within their intimate relationships, as well as their symptoms of depression, which included “sleep problems, memory impairment, lack of concentration, appetite suppression, and other harmful physical issues.” Rude focused on how anger was communicated within intimate relationships by doing a videotaped conflict with their partners on a topic they disagreed about. The video was then rated by the researchers. As well, a questionnaire was given to participants and follow-up interviews were conducted 6 and 18 weeks later. Using several measures, she found that levels of symptoms of depression were highest among the women who expressed their anger in hostile ways. Women who didn’t use hostile methods to communicate experienced less symptoms of depression.

Her study suggests that not communicating directly and expressing anger destructively exacerbates depressive symptoms in women. Rude interprets her findings to “clearly demonstrate the negative effects of destructive anger expression on well-being and relationships of all types, not just intimate ones.”

For me the message is clear. We all have to learn how to communicate constructively. You create more love and less anger if you learn and abide by Attitude Reconstruction’s Four Rules of Communication: 1) talk about yourself, not the other person, 2) stay specific, don’t overgeneralize, 3) be positive, kind, and focus on solutions that honor all parties, and 4) listen lovingly.

To read all about how to communicate simply, constructively, and effectively, read the article linked above, or buy my multi-award winning book, Attitude Reconstruction: A Blueprint for Building a Better Life. Let me know which of these four rules brings you more love.

This entry was posted in jude's blog and tagged Attitude Reconstruction, depression, expressing anger, expressing emotions. Bookmark the permalink.
Popups Powered By : XYZScripts.com
We invite you to take our short survey.