How To Stop Binge Eating 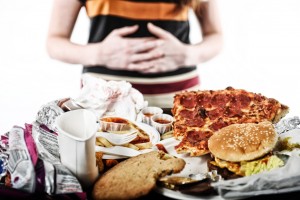 I have often been asked for some suggestions on how to overcome compulsive/binge overeating?

Usually our addictive behavior started when we were fairly young. We needed a way to comfort ourselves because we were feeling a ton of emotions and didn’t know how to handle what was going on.

So regardless of whether it’s binge eating, beer drinking, porning, or picking your fingernails, when the screaming urge to say yes to your “old friend” hits, there is an effective alternative. At those crucial choice points, instead of justifying why this time is an exception and denying the good intentions you had just this morning, pause for just a second and ask yourself “Do I need to cry, pound, or shiver?”

Then do it. Emote. Take just a couple of minutes and express whichever emotion is most accessible. If you release the pent-up emotion in a physical and constructive way at those crucial choice moments, you’ll be able to make a more conscious decision.

Restricting food intake will bring up anger. So that means, find a healthy way and safe place, to pitch a fit. Stomp around, scream into a pillow, or pound the heck out of cardboard boxes.

If you feel empty or blue, cry. When you feel the impulse to gobble down something you know is problematic, shiver, quiver, tremble and shudder all throughout your body for a minute. Without the emotional energy short-circuiting your clear thinking, you’ll be amazed how easy it is to move in a more beneficial direction.

There ARE Real Alternatives for Compulsive Eating

Say you’re feeling bored, frustrated, lonely, or overwhelmed by the day, the call, or the circumstance. Instead of grabbing the beer and then another, or stopping by the store for that quart of ice cream, express your sadness, anger, or fear!

Just a bit of full-tilt shivering, crying, or stomping, will release the energy that is behind the desire to binge and escape what you are feeling. It’s like letting steam out of a pressure cooker.

Just try it once, with vigor, and when you are done, remind yourself that this feeling is temporary and will pass, and that those potato chips will not get to the root of what’s really going on. Then you can savor your victory and make a more healthy choice about whether you are going to eat those cookies, smoke that joint, or head to the computer for endless games or bad television.

To overcome an addiction it’s best to do some preplanning. Start by getting clear on your goal, write it down, and remind yourself of it often throughout each day, such as “I want to feel good about myself. I want to make a change.” Having a clear and precise idea of your goal will keep you oriented and motivated. Also figure out what you can do instead after you
emote… pick something that’s easy to do, constructive, and rewarding. Like eat some fruit. Sit down, eat slowly, and chew thoroughly.

Be forewarned! You’ll have ample opportunity to make your new choice again in the near future. Maybe five minutes later, maybe an hour or the next day. Repeatedly let those emotions out, several times a day at first, and you’ll break the cycle. You’ll be on top of the world.

And if you make a choice for the old, don’t beat yourself up. That won’t help. Be gentle with yourself. Shiver and start again now.