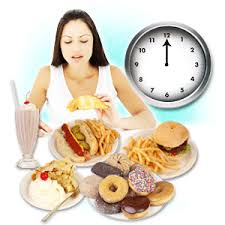 I’m an interested observer of human behavior, and every now and then, I come across intriguing popular culture facts I just have to share.

It’s something we know but deny. A Harvard study of 120,000 non-obese people over 13 years found that people gained an average of 3.3 pounds every 4 years. The 5 foods that were the worst: potato chips (darn), potatoes, sugar-sweetened drinks, red meat, processed meats. (This must mean that ice cream is in the clear.)

Other contributing factors for weight gain were sleeping less than 6 hours or more than 8 nightly, drinking alcohol, or watching TV.

The prescription is no surprise: less of those foods and more physical activity, veggies, whole grains, fruit, nuts and yogurt!

Women who don’t appear car savvy get quoted a higher price for auto repairs. This study had both men and women, who were either well informed, misinformed, or clueless, call about getting a radiator replaced on a 2003 Toyota Camry. 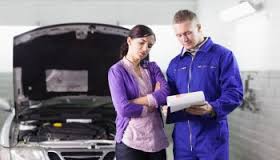 misinformed. But there is an upside: 35% of the women were more likely to get a discount, compared to 25% of men.

According to the study the best strategy is to do online research first to find out what a job should cost and reveal that you know what you’re talking about. If you are quoted more, ask for a discount!

3. Divorce is getting old

In 1990 fewer than 10% of people getting divorced were 50 years old or older. Now it is 25%. Researchers speculate that boomers have a different meaning of marriage. They believe their mate should provide stability, security, self-fulfillment, flexible roles (including who is the breadwinner), good communication, juggle work and child-rearing, and be the best friend. If a marriage is not meeting these criteria then boomers believe the idea is to move on.

It is also interesting to note that remarriages are at a two and a half times greater risk of ending in divorce than first marriages, maybe because stepfamilies can be difficult, maybe because people seem to put their own happiness as a higher priority, or maybe because people are living longer and don’t want to spend so many years with someone they no longer like.

There are financial consequences to “gray” divorces. Many people find they need to either stay working longer or have to reenter the labor force where they find it hard to get meaningful or well-paying jobs.

One third of baby boomers are now single and the questions remain about who will care for them both economically and physically. The answer is “We’ll see.”

What do these items have to do with Attitude Reconstruction? I think I’ll leave the interpretation up to you.