I’ve been working with Gail, a mid-level manager at a big tech company for some time on the principles of Attitude Reconstruction. Last week I had the pleasure 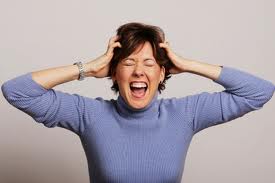 of seeing her. She was so pleased with herself because she had successfully shifted her driving habits. She used to be perpetually upset on the road, ranting and going on the offensive against all the incompetent and dangerous drivers. With a simple shift of awareness and attitude, she realized that she was not going to be able to change how other people drive. They were the way they were, they drive the way they do, and her job was to drive safely and have a pleasant time getting from point A to point B.

With this simple tweak, from out there to herself, and from judgment to acceptance, she finally relaxed. Now, each time she is on the road she views herself as a defensive driver and assigns herself the task of gracefully figuring out how she can be safe in her car and have an enjoyable ride.

Gail then started to talk about her work situation and confessed that she judged the people who weren’t using the resources that her team had so diligently provided. She found she responded to their queries in a less than loving ways. I suggested she apply the driving solution to work, so it too could become stress free. A light bulb indeed went off and Gail jumped on the plan. She said her new work goal was to make every interaction and request pleasant and even fun. This meant that she would take a minute before responding to each request and find something helpful to say.

In order to make every exchange fun, she would no longer think “Oh crap” but tell herself “Oh boy, this is exactly my job and I’m excited to figure out a good solution to this problem.” In attending to all her various duties, Gail’s new motto was “Fun. Thank you.”