Through Oprah’s attention to the use of prescription drugs in the USA, I discovered that the TSA has a blog. I know, it’s probably not the usual reading 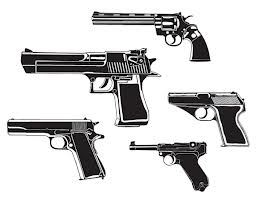 fare you’d think I’d normally go for, but it’s actually quite interesting! I discovered that during a one-week period, May 17-23 of this year, they set a new record. TSA found 65 firearms in carry on bags and of those 65, 54 were loaded! This broke the record of May 3-9 of this year when they found 50 guns, 45 of which had real live bullets in them. Good lord!In addition to the number of guns, among other amazing finds during that one week alone, was a .22 caliber gun inside a man’s boot and strapped to his prosthetic leg, 12 stun guns, a 3” blade inside a DVD case, a razorblade in the lining of a passenger’s undies, and a razorblade in the sole of a shoe. Yikes!

It’s also interesting to see at which airport each of these items were found, such as JFK, Newark, Tampa, Las Vegas, Atlanta, Dulles, Detroit, Houston, Cleveland, Denver, and San Francisco. Everywhere! So if you’re a traveler, you’ve probably been in one or more of those destination cities. It’s not just a random event, but rather a new consciousness that has pervaded our nation.

And you can see pictures of all the guns as well on the TSA website. During a previous week in May, I read that a “passenger at Dayton (DAY) had what appeared to be a grenade in his carry-on bag. During the secondary bag search, officers found a grenade-shaped tobacco grinder and a soda can with a false bottom that was filled with marijuana. Yikes again!

So next time you go through airport security, it’s a moment to be grateful rather than feel put-upon and wonder why we have to remove our shoes, earrings, belts, and the like, and go thru all those screening machines. Consider offering a TSA officer a thank you or an appreciation for the work they do to keep us safe. Because apparently we need it.

And take it one step further. Offer kind words to friends, family, and others because rather than feeling isolated and that we need to protect ourselves from the “enemy,” by attending to and voicing the positive, we’ll increase feelings of love and cultivate connection.

This entry was posted in jude's blog, Uncategorized. Bookmark the permalink.
Popups Powered By : XYZScripts.com
We invite you to take our short survey.