Attitude Really is Everything—Get a Handle on Worry!

Indeed, attitude is everything. Our attitudes, or core beliefs, cause us to feel sadness, anger, and fear or joy, love, and peace. Not only that, our 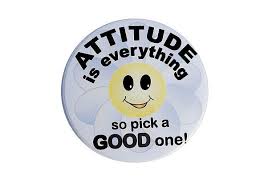 attitudes dictate how we think, feel, speak, and act.

According to Attitude Reconstruction, there are only 12 pairs of core attitudes. For example, Paul, a client I saw recently was a single dad with two children aged ten and thirteen. He was working two jobs to barely make ends meet. One of the attitudes he had was being in the future based on the past. The pervasive attitude is associated with the emotion of fear.

Being out of the present shows up in worrying about his kids and having enough money for unforeseen expenses.

Paul’s thoughts and words were peppered with “what ifs,” worst case scenarios, and excessive planning. What if I lose my job? What if something happens to the boys and I’m not around? What if an unexpected expense comes up?

His actions were reflected in sleepless nights, even though he was exhausted. He spent his days buzzing around at warp speed – never taking time to relax.

There is good news for Paul. There is hope. He could use any of his five tools to change this attitude – his emotions, thoughts, intuition, words, and actions.

The opposite core attitude, associated with the emotion of peace, is to reside in the present. In order to do this Paul decided to use the tools of his emotions and his thoughts.

He learned to shiver out the fear, especially when he found himself agitated and dwelling about what might happen in the future. This means quivering like a leaf on a tree or a dog at the vet — up the spine, out the limbs, and in his neck and jaw – with vigor for just literally one minute.

While trembling he repeated: “I just feel scared. It’s okay. One thing at a time. I’ll do what I can and the rest is out of my hands. I’ll handle the future in the future.”

As strange as it sounded, Paul found that shivering really move the fear energy out of his body. With just a bit of practice, he found it easier to enjoy time with his kids, be more present at work, and sleep better.