THE MAGICAL POWER OF SPEAKING UP 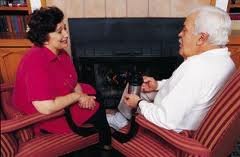 It’s been quite a while since I’ve written a blog. So what a great opportunity to bring up an intriguing fact: both men and women have to learn how to speak up and then just do it! This simple observation came up again in techni-color this week.

Men and women share the same reasons for not speaking up which include:
*  I don’t want to rock the boat  — I want to keep the status quo
*  I don’t want them to have any emotions – be upset, scared, hurt, mad
*  I don’t want to hear what they have to say because I’m angry and whenI’m angry,
I’m convinced that my way is clearly the correct way
*  I want to avoid conflict

But we pay a high price by stuffing it — by going silent, stonewalling, and withdrawing.

So let’s look at some equivalents:
Where’s my joy? I’ve just not honored myself – unhappy.
Where’s my love? Instead of feeling connected and being part of the collective energy flow, I’m a million miles away – isolated.
Where’s my peace? This moment doesn’t feel safe.

During a session this week, a husband was sitting on the couch with his wife. He was trying to share his health concerns with her. At his first pause, she started giving him nutritional recommendations.

I leaned forward and said to him: “And when she’s giving you her opinion and that’s the last thing in the world you want, with the sweetest most loving voice you can muster, say ‘Honey, I just want to be listened to for a few minutes right now.”

The key is to say it sweetly, lightly and repeatedly until she stops and refocuses on what you were saying.

And what did the guy on the couch say after all that? “That would be new for me!” At an early age he’d learned to cope by going into his “serious brooding” mode and distancing himself. She hated it when he did that.

What we all really want in our social relationships especially with family members, is to feel good about ourselves, to feel connected/share/feel part of a team, and know we’re safe in our own little tribe.

(Attitude Reconstruction contends that these three goals are the three Ultimate Attitudes associated with the three emotions of joy, love, and peace.)

When the other person has coaxed you to talk or you finally speak up about something you know you’ve been avoiding, more joy, love, and peace awaits just by lightly repeating the words…

“I just want to be listened to for a few minutes right now.”

Here are three important points.
1. This doesn’t mean you get to hold onto the microphone and talk for as long as you want. It’s got to be shared fifty-fifty.

2. Talk about yourself and what’s going on for you. This isn’t “listen to me while I tell you about you.” For both or all people involved, the focus is you sharing about yourself. That’s how feelings of closeness arise.

3. When you’ve finished what you want to say, you can solicit other’s impressions, feelings, suggestions, etc IF you want them.

We all just want to be understood, aka listened to – to be seen for “us” as a worthy being.  As scary as it can seem at first, I guarantee that speaking up will bring copious rewards, more intimacy, and breakthrough moments.

So that’s me on my soapbox. Let me know examples of when you’ve spoken up, and it changed your situation for the better.