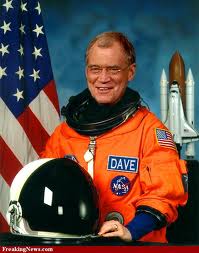 I’ve changed my mind about David Letterman. Talking to Oprah last week, the famous late-night host got real: he genuinely took personal responsibility for his actions (affairs with interns) after experiencing the effect they had on others. With honesty and openness, he expressed desire to prove to himself and his wife that he has changed.

He talked about his depression, which he described as a “sink-hole you can’t get out of” and that it was a chemical problem (I hear this rationale often).

In a straightforward tone, Dave also said that depression and using medication to treat it, is such a popular choice because “Confronting the reality of the world would scare the crap out of us.”

I agree. With the advent of the Internet, our knowledge of what’s happening on a global scare is unprecedented.

We see so many injustices, violations, hurts, and losses, there’s just no way we can confront the pain and fear and still operate on a day to day level.

I loved Dave’s sense of timing. He went from his struggles with depression to answering Oprah’s question about why he became such an icon. His deadpan answer was posed as a question: “I’m missing a chromosome?”

It was refreshing to see someone in the public eye striking the balance, being so truthful and funny at the same time.

I’m hoping it becomes trendy to be honest and that others follow suit. Maybe Lance Armstrong could take a lesson from Dave. And maybe “taking personal responsibility” can become the next big refreshing thing.