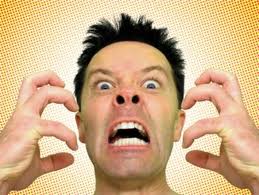 Everywhere you go people are talking about it, debating over how something like this could happen-    again- and grieving the losses on a national level. The tragedy of yet another school shooting has everyone asking why.

For me, it’s not about gun control. There will still be plenty of guns available no matter what laws we pass. Events like this will continue to happen.

Arguing over gun control is like focusing on the symptom and ignoring the disease. As a nation, we need to address the problem at its origin—at the root cause. Underneath ALL of these acts of violence and senselessness are unexpressed emotions — especially anger.

The solution is apparent: learn how to process and release anger  (as well as fear and sadness) in a way that does not harm others and frees the body, mind and spirit from destructive attitudes and behaviors.

Emotions, in essence, are pure energy; simply pure sensations in the body that are natural and inherent in every human being. if we move that energy out physically and constructively, we avoid adopting ways to compensate that harm ourselves, hurt others, and impact the planet.

Obama recently said that we must find “meaningful action to prevent more tragedies like this.”

The most effective, meaningful action? Set up what I call, “OK Rooms”, safe places all over the country where a person could come and express anger physically AND constructively. The most obvious place would be in each school, each church, each office, which could designate a room where students, (or anyone who needed to) could stop in and emote according to some simple guidelines.

Within the school systems, child monitoring each room could be used as a special reward for good behavior. Much like being chosen as a safety patrol for crossing streets, the chosen student would be in charge of the OK room’s emotional/psychological safety for an hour at a time. it would be so easy to train kids about the rules so they could manage the “OK rooms.”

In the best case scenario, each home should assign some area where any family member could go and emote without discussion. Whether it’s to pound a punching bag, scream at the top of their lungs, or shiver until they calm down- no questions are asked.

Just think of how inexpensive it would be to implement this powerful option compared to how much money, time, and energy is spent posturing over gun control? We might just be able to bring back the feeling of unity to the “United States.” We could earn our name!

OK Rooms are non partisan in that it allows everyone, regardless of their political persuasion, take responsibility for owning and dealing with their own emotions. They’re effective. They’re inexpensive. And they’re transformational.

Where/how would you implement your OK Room? And what possibilities might that bring to your life as well as others you’d allow to use it?