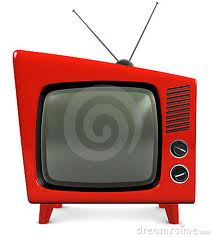 Politics seem to be on everyone’s minds these days in one way or another: whether it’s analyzing potential reform programs on the table, getting through the barrage of campaign commercials, or trying to ignore the whole thing.

I came across an interesting article in Thursday’s Los Angeles Times (August 30, 2012) detailing a study that correlates a person’s political party preferences with their television and other assorted habits.

The report called “Top TV Programs Among Voter Segments“ and released by Experian Simmons, was intended to help candidates and groups decide where to spend advertising dollars so they could “connect with key voting segments” and “better understand attitudes and political outlooks held by their client base.”

It’s estimated that about one billion dollars will be spent during the election season. (What else could we do with one billion dollars???) Anyway, 25,000 adults were asked to select their favorite programming out of 1000 shows, not counting news shows, and rate their shopping preferences.

Ultra-conservatives like to shop at Michaels and Hallmark stores and drive Buicks. They also liked to eat at Hooter’s!

Super democrats or liberals liked “The Daily Show with Jon Stewart” and “The Colbert Report.” They tend to live in San Francisco, Seattle, and Boston, use more Apple products, shop at Whole Foods and Trader Joe’s, and like Ben & Jerry ice cream.

On the fence liberals often lived in the Northeast including Providence Rhode Island and Portland Maine. They tend to like “The Graham Norton Show,” “Aqua Teen Hunger Force” (on the Cartoon Network) and “Top Gear” (on BBC America). They prefer to drive Jeeps, fly Delta, smoke Marlboros, and drink Fiji water.

It turns out “environmentalists” or green traditionalists could belong to either party. These folks were concentrated in places such as my hometown of Santa Barbara, Salt Lake City, and Harlingen, Texas, and liked to shop at Williams Sonoma, bought Clairol Herbal Essence hair conditioner, and Tom’s toothpaste. (I guess I’m not all that green.)

What does all this tell me? Two things: the age of innocence is over, and we all need Attitude Reconstruction because no matter our differences, we have to communicate in a simple, loving, and effective way!

What does it tell you? Let us know on facebook.