News for the New Year 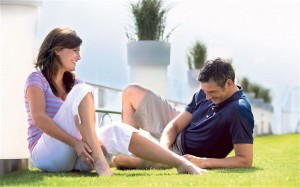 I wish everyone a most uplifting and fulfilling coming year. For me and Attitude Reconstruction there are some shifts in the air. For one, I have decided to stop blogging twice a week at this point. (I’ll disclose others shifts as the year goes on as I think of them.) I will continue to share on a semi regular basis interesting things as the spirit moves me. Here are three articles I found quite relevant recently.

1. Here is an uplifting story of a math teacher’s other side.

2. The following study correlates frequency of cell phone use with reduced happiness, poorer grades, and more anxiety with college students. Yikes. What’s happening to us!

On surveying more than 500 university students, Kent State University researchers found that students, who used cell phones frequently performed poorer in academics, were less happy and experienced a lot of anxiety compared to their peers, according to a press release. Owing to the growing use of mobile phones by teens, researchers conducted this study to see whether the usage had any impact on the students’ general academic performance and physiological state of mind. (read more)

Researchers recorded information regarding daily cell phone usage among these college students and compared the data to that of self-reported anxiety, life satisfactions and level of happiness. The authors of the study even got permission to access the participants’ academic records to retrieve their actual, cumulative college grade point average (GPA). All participants were undergraduates ranging from freshmen, sophomores, juniors and seniors. Results of the study showed that frequent usage of cell phones had a negative impact on the student’s GPA, leading to anxiety and a reduction in happiness levels.

An earlier study conducted in July this year found a link between extensive cell phone usage and poor fitness. While the device facilitated “on the go” communication, it also led to more sedentary lives, according to a NY Daily News report.

These days it’s impossible to get teens off their phones. They use it to text, send pictures, chat and browse the Internet. The launch of new instant chat messaging services has made this craze of cell phones even bigger. According to statistics, 90 percent of Whatsapp users check their messenger every 10 to 15 minutes. In fact, the usage is so high that a study conducted on the same reported that it can actually destroy relationships. Copyright @ Headlines & Global News.

3. Research shows you’ll do better work if you take more down time.

“It’s Sunday evening but instead of relaxing with your family, you’re sitting in front of your home computer. There are just a few emails you have to send out before the week starts, a couple of projects you want to complete in the quiet before the phone calls and urgent emails begin arriving the next morning. You’re tired, and vaguely cranky to find yourself working on what’s supposed to be a day of rest. But it needs to get done, so you push through.” (read more)

Friends! The news is clear. Take it easy, be quieter (talk on cell or text less), and you’ll feel happier. Take little steps in the desired direction.

Again, may your coming year be grand.

This entry was posted in jude's blog and tagged Attitude Reconstruction, cell phone use, Happiness, New Years, productivity, relaxation, resolutions, texting. Bookmark the permalink.
Popups Powered By : XYZScripts.com
We invite you to take our short survey.