Why We Love Oreos 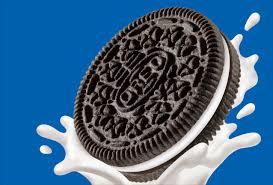 It’s not often one can write about Oreos and cocaine in the same blog, but that’s exactly what’s on tap today. Recently I came across reference to a study that melted my heart. For one, it was the brainchild of a female undergraduate at a small college, Connecticut College, for two it shows the power of simplicity, and for three it explains why it’s hard to eat just one Oreo or potato chip. The study was inspired by Jamie Honohan, a senior with a desire to become a physician assistant. She was interested in the large rates of obesity in lower-income communities.

Being a neuroscience major, Jamie and her advisor, Professor Joseph Schroeder, designed two studies to test the potential addictiveness of food with high fat and sugar content. They chose Oreos so they “could make a correlation from rats to a problem facing humans,” and because earlier research had shown that rats like Oreos!

In the first study, two adjoining chambers were set up for the rat. In one half, rats were given Oreos, and in the other, rats feasted on rice cakes. No surprise rats preferred the Oreos and finished every bit (cream filling first) while those given the rice crackers didn’t. When the food was taken away, the rats were given the option to spend time in either chamber, Oreo rats preferred to be in the chamber where they were fed, where Rice cracker rats, didn’t.

In a second study, half of the rats were given a shot of cocaine or morphine in one chamber, and the other got a shot of saline. When the substances were taken away, the rats were given a choice where to hang out. The Oreo cookies subjects chose to spend just as many hours in the Oreos chamber as the cocaine rats chose to be in the chamber where the drugs had been injected. The association to a certain place was equally strong for the Oreos and the drugs group.

Their research supports the idea that high-fat, high-sugar foods stimulate the brain in the same way as drugs. Jamie Honohan said these results suggest that junk food may “be more dangerous to society than drugs because you don’t have to go (into) a dark alley to buy them. You go into any grocery store or bodega, and they are highly available and affordable. They target kids and families on a budget.”

This simple study certainly gives insight about why we love our high sugar and fat food items and how hard it is to give them up. It also legitimizes the need to treat food addiction withdrawal in the ways we do for cocaine or morphine.

But to end on a much lighter note, I can’t help but love the finding that rats, like humans, eat the filling before the cookie.

This entry was posted in jude's blog and tagged drugs, food, food addiction. Bookmark the permalink.
Popups Powered By : XYZScripts.com
We invite you to take our short survey.