4 Ways to Deal with Annoying Personalities in the Workplace 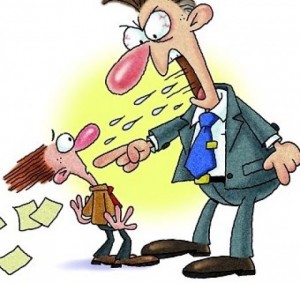 We’ve all had people in our work or school environment that seem to throw our positive group energy out of whack. Maybe it’s the gossiper, the know-it-all, the criticizer, the advice giver, the nosy. When they’re absent, we rejoice. When we’re feeling good, it’s almost easy to not pay attention. But it’s all the other times that really wear us down.

According to Attitude Reconstruction, if you have an annoying Debbie-downer in your office, on your committee, in your class, or in your house, here are four effective strategies.

1.  First, matador their comments. Ignore the barbs. Don’t get into it– instead let the bull go flying by and stay focused on doing your best job. Resort to silence rather than confrontation. So ignore them or speak up about it at a neutral, non-emotional time. (see #4)

2. When they are not being annoying, appreciate and praise them. Appreciate it when they do something well because these folks are running on a positivity deficit and saying genuinely nice things goes a long way to fill it and melt difficult people.

3. As your own spiritual practice, practice repeating this over and over, until you finally accept it: “People and things are the way they are, not the way I think they should be.” If you accept, rather than holding an expectation they shouldn’t be “that way,” you will no longer get hooked in and feel frustrated when they act that way. People are people and they are slow to change. The best we can do is infuse ourselves with joy, love, and peace.

4.  When you know that you need to speak up, be sure you just address ONE SPECIFIC TOPIC at a time and SAY WHAT’S TRUE FOR YOU about that topic.  … that is, stick to Attitude Reconstruction Communication Rules. These are the first two communication rules: “I”s and specifics. Avoid those finger pointing “yous” and reading people the riot act. It only makes things worst and does nothing to improve the work environment. Avoid global overgeneralities, such as “always,” “nevers,” and “everyone.” Speak about one event at a time, be specific about the influence it had on you and state your specific request.

At a neutral time speak your message, such as “I got really hurt when you called me a slacker in the meeting, and I would appreciate it that when you have something to say to me you do so in private so we can talk about it.”

Then listen for a minute to see if they received your message. If they defend themselves or continue to blame you, or start to argue, when they pause, lovingly repeat your message, saying, “Well, I just wanted you to know I got hurt…” Then pause, offer an appreciation if it feels appropriate, smile, and move on back to doing your own job description.

This entry was posted in jude's blog and tagged communication, dealing with co-workers, workplace advice, workplace communication. Bookmark the permalink.
Popups Powered By : XYZScripts.com
We invite you to take our short survey.