Carol and Steve lived in San Francisco and were at their wit’s end. Their grown daughter barraged them daily with emails, texts, and calls, 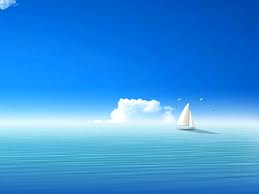 asking for money and blaming them for her unhappiness. Steve and Carol were so drained that their own relationship had been reduced to conversations about what to do with their eldest daughter, rather than pursuing their own lives.

During a telephone consultation I suggested they needed to refocus their energy towards enjoying each other rather than getting swept away by their daughter’s accusations and non-stop unreasonable requests. Whenever the guilt of believing they were abandoning her surfaced, they should remind themselves of their plan: all financial requests would go through their accountant and they were not going to respond to requests to delve into the old family dynamics at this time, but rather just share day to day news.

Each time either Carol or Steve started to worry about how to respond to their daughter’s next communication, they would shiver out their fear and tell each other “It’s okay. Our focus is on us right now. We need to strengthen our own relationship.”

Thank you, Jude!
We have embarked on a new voyage, charted our course, cast off the dock lines, and lifted our sails.
I’ve made reservations for a romantic get away in Hawaii.
I’ve done ten jumping jacks. I’ve shaken and shivered to interrupt my endless thoughts of worry and guilt.
I made reservations at our favorite Italian restaurant for dinner tonight.
I’m eager for a new chapter in our lives.
Thanks for your clear, encouraging guidance.
Steve

It may be hard to teach an old dog new tricks, but here’s the evidence that it’s not impossible. Set a new course, check in with your heart to make sure it feels right inside, then stick with it. And most importantly, deal with your own emotions when they arise. You’ll visit new horizons.

What new course have you set recently? Tell me about any obstacles you encountered and how you overcame them.