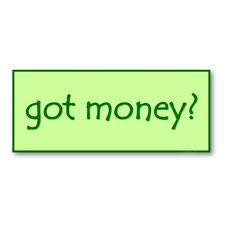 In the last couple of weeks there has been a ream of staggering articles in the L.A. Times that demonstrate how far we’ve gotten off track. I suppose the news is what it is so we can practice staying centered and peacefully proactive as the world spins.

The company says “Eating well is important for lowering your risk of high blood pressure, heart disease, diabetes and strokes.” So save on Weight Watchers Giant Chocolate Fudge ice cream bars, Hormel’s National Choice sandwich meat, Best Foods mayonnaise with olive oil, cans of Del Monte vegetables, and even deodorant. They contend that since people are going to eat those foods anyway, (forget the fresh fruit and veggies), they might as well buy something with infinitesimally less sodium, calories, fats, etc. Of course they don’t pay attention to the one-inch long list of additives with each of these products.

I can’t say it better than David Lazarus, who wrote the article:  “But it seems like a halfhearted effort to encourage consumption of foods that are only modestly more nutritional than what many people like to eat.

On another front, there is the presidential campaign spending. Now this is just two folks vying for one job. You can imagine how much is being spent if you add up all the expenses for every state and local race as well. And then there are the super-pacs…

So dear President Obama, who has a savvy re-election committee, spent 83.2 MILLION DOLLARS in media ads in August alone. Romney spent 66 MILLION in the same period of time. Let’s see… that’s about 150 MILLION DOLLARS spent in one month! And you know that September and October are going to be even higher.

On the brighter side of another funky issue, as it stand right now, folks who lost money in the Bernie Madoff’s Ponzi scheme have now had 53% of their losses returned, with more on its way. (By the way, the average payout is two million dollars.) That is a tribute to Irving Picard who is overseeing the liquidation of Bernie’s firm and recovering funds. Furthermore, he promises more money will be forthcoming. To date, $3.6 billion has been returned to the victims.

What’s the moral of these stories? Money. Money. Money. Large amounts of money. Many decisions are being based on financial gain rather than what intuitively makes sense. We’ve got to keep our eyes open and lead with our hearts rather than get complacent or bitter. The choice is ours.